Set in the leafy Melbourne suburb of Caulfield, the Concrete Conceal House by Tecture is a bright and contemporary home that celebrates minimalism in its geometry and palette, and family in its spatiality and detail.

The site greatly influenced the design – with the front of the site facing west, the architects chose to place as much of the building as possible toward the front of the block. This allowed space for a northern courtyard to introduce more natural light into the home, and enough room in the backyard for the children’s half-size basketball court. 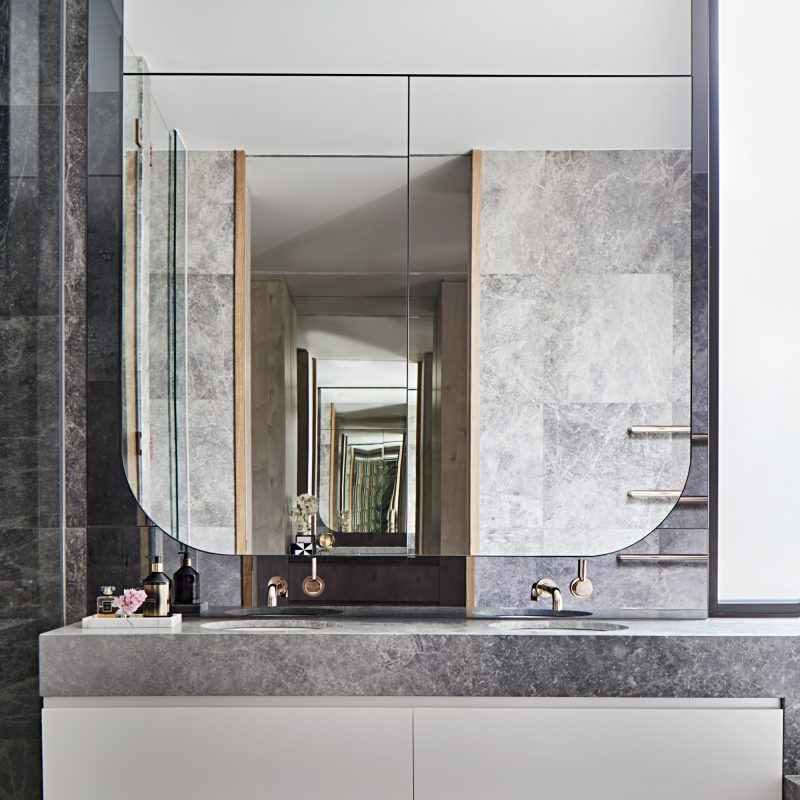